Mumbai Down under Water!

By sam July 28, 2005
Highest-ever monsoon rains flood Mumbai
The strongest rain ever recorded in India shut down the financial hub of Mumbai, snapped communication lines, closed airports and forced thousands of people to sleep in their offices of walk home during the night, officials said today.

"The death toll from landslides across western Maharashtra is 59 ... but the number could rise as at least another 130 have been trapped," said an official in the chief minister's office. 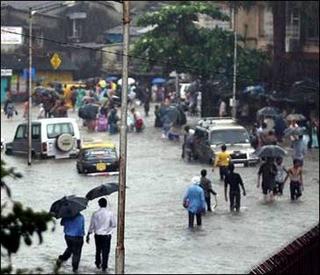 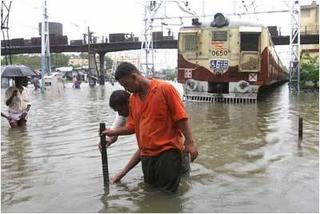 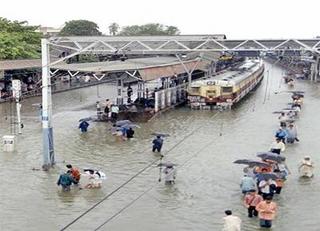