By sam December 23, 2005
INSAT-4A: First satellite of the INSAT-4 series, and India's most advanced satellite yet was launched from Kourou in French Guyana. It is designed for a lifespan of 12 years.The INSAT -- established in 1983 -- is one of the Asia Pacific region's largest domestic communication satellite systems. With a cost of 535 Crores(5.25 Billion: Bill gates could build 11 such Satelite) it will give relief to remote areas of the Country by its Direct To Home cable television services, where cable TV concept is far from reach. 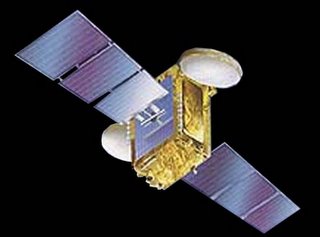 So in my next vist to me Village (KADAMPARA), I can use all the buttons in the TV-Remote. WAO!!!!

By sam May 04, 2010
The Himalayas, are most tempting places for me. I do dream the snow clad mountains and its rivers , pulsating the rhythms of natural ice cold water. Today I reached Base camp at Kasol, which is at an height of 6500 ft above the sea level. The Training starts from the next day , I reach base camp. Ready for the Rippling and Rock Climbing training sessions. Trained to zoom down from the hieight , with the help of a rope( The only way you need at some toughest mountain terrains, specially when going to bandhak thatch from Biskeri camp) My Cellphone , got wet when its get into the cold waters of Parwati river.. Dry process on the roacks beins A rest for half an hour in the Kasol Forest Senic vioew from the base camp, the Mighty Himalayas. That we are going to Pray for the next 12 days of our Sarpass trekking.
3 comments
Read more