By sam July 11, 2009
Konark the beautiful and the mysterious of all the temples in India, A World Heritage site is one that attracts all.
People who visit Orissa hardly escape the Temples attraction , weather its the enchanting Stone carving works around the Temple walls or the very Conception of a Big Chariot in the form of a Temple which has taken shape to its reality , amazing the Modern world for its mere architecture and the thought behind it.
All this is the same , when Jitu comes this time (this was his third Trip to Konark), for a relaxing time to spent, out of the odd-yet lucrative world of Websites, Search Engine Optimisations and high Earning AdSense dollars.
His Visit was not a Plan one but a decision made within seconds , while on Chat. Same as he was always , with the decisive action , very fast , hardly giving time to rethink , that's what contributes to His character (Ready for Bang and Exclusive Idea). 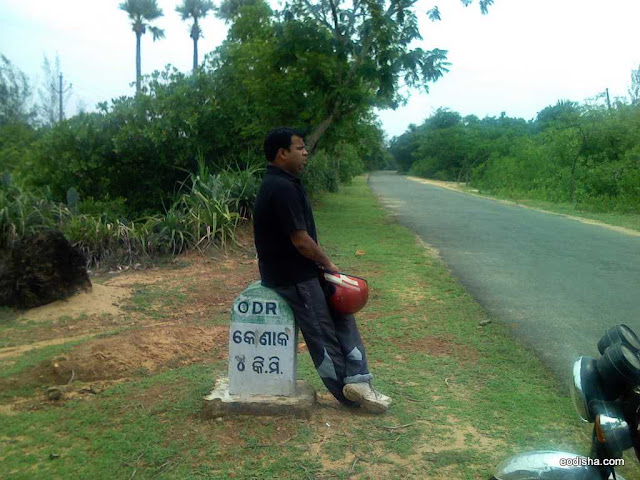 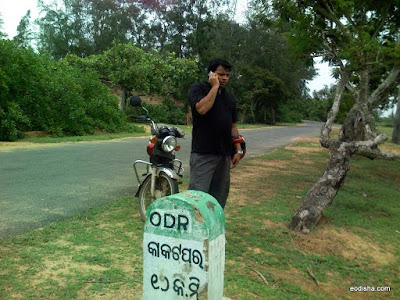 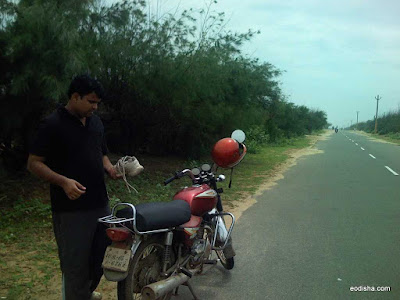 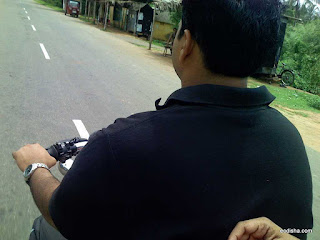 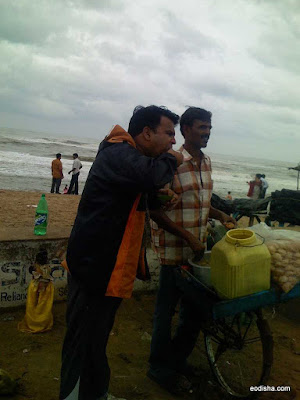 Its 10th of July and He reached at Bhubaneswar Airport after a 2 hours Late Flight of Kingfisher. As I was not at my best on the Legs I took Ranjit, My nephew with me to the Airport and Receive Jitu there. Hey He seems much more fair and little bit Stylish from the Jitu I saw ,in Nov 4th , 2007 at Mumbai Railway Station last time.
While the joy of meeting and exploring every moment comes alive as soon as he started driving My 9 year old 100 cc Bike, The Bajaj BOXER with ease to Cuttack. We reached home and had our Lunch , were Jitu had a little Conversation With my Mother and Chinu.
At around 4 pm he somehow managed to make a tough decision to go right now to Konark, I was reluctant on the thought as, I had planned for the Next day. Well as in India it was the ATHITHI DEVO BHAWA, Jitu managed that with the DEVO (LORD) situation and in no time I was just behind him , Guzzling out on the Road, heading towards KONARK.
Believe me this was one of the best bike travelled Roads , As I knew , to enjoy the Seasons , the Monsoons with a little shower. The Road from BHUBANESWAR - PIPILI - GOP - KONARK is worth experiencing with a Bike.
The Lush greenery beside the Road and the cold Temple wind from the vegetation , and the scenic beauty of the Place along the drive and Social Country side, On going labour intensive plantation of Paddy fields,
Monsoon Clouds with the grey shadows and thousands of Coconut trees , align like the pillars to the heaven makes the Drive a memorable one.
With a small Snacks break at PiPILI we reach Konark at 7.30 pm and Logged at LAVANYA LODGE with booking of 3 days advance.
Once the Shed for 3 nights were confirmed we set out for the Konark local Area look at Night,
Went to Chandrabhaga Beach It was too dark to make out things ,and we sit there and enjoyed the Cold breeze with the High Tides smashing to the Shores.
Some of the Fisher mans were dwelling there tricks to catch the Sea Crabs and Jitu did asked a fisherman on the tricks.
Its 9 pm and We left the beach and set out for the Konark Shop area and while returning had our much awaited Dinner at Panthanivas Restaurant. Returned to the Rest House at 11pm and Recharged Jitu's iphone for next Day.