By Saumendra eFarmer December 16, 2016
While I am snapping down the lane for some of the great achievements past 2016, as the year is near to end, Three (3) Medical Innovation captured my attention to writing about.  I am Optimistic on this three innovation , that they will bring more help to the People in Rush to Hospital.
There are Cancer out of Mobile Phone Radiations, Cancer Out of Chicken foods (Mostly low Baked), Diabetes due to the use of Soft Drinks and there are still prevalent cases of Malaria in the developing World. Surprisingly the Factors like Cellphone, Chickens, Soft Drinks, that make our life easier now are the closest to humans and pave the path to Hospital and Critical Scenarios.
Listing the Three (3) Most Innovative Medical Research, Findings that will Sure make a better World in 2017 onward. Reference to the Respective Sources are linked for more Details:

3 Medical Advancements that Worth following up for 2017 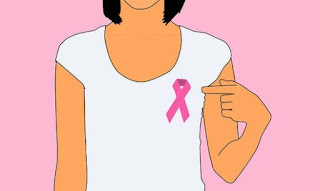 The scan detected abnormal tissue in her breast. After an ultrasound and biopsy confirmed a malignant lump, she underwent an operation to remove the mass and today lives a healthy life.

“The technology is path-breaking, to say the least. It has given me a new lease on life; I shudder to think what would have happened had my breast lump remained undetected,” says Jahan.
Breast cancer is currently the most common form of cancer in Indian cities. According to statistics found on the Population Based Cancer Registry, breast cancer accounts for 25% to 32% of all cancers reported by females in Indian urban areas. What’s more alarming is the survival rate of breast cancer patients in India which stands at a mere 50% compared to 90% in the U.S. More Details at http://www.forbes.com/sites/suparnagoswami/2016/12/12/this-handheld-breast-scan-is-revolutionizing-how-indians-detect-cancer/#5f41ac293374 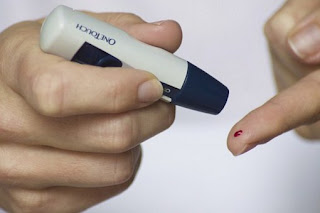 The therapy involves a capsule of genetically engineered cells implanted under the skin that automatically releases insulin as required. Diabetic mice that were treated with the cells were found to have normal blood sugar levels for several weeks.

Scientists said they hope to obtain a clinical trial license to test the technology in patients within two years. If successful, the treatment would be relevant for all type 1 diabetes patients, as well as those cases of type 2 diabetes that require insulin injections.
Martin Fussenegger, who led the research at the ETH university in Basel, said: “By 2040, every tenth human on the planet will suffer from some kind of diabetes, that’s dramatic. We should be able to do a lot better than people measuring their glucose.” ... More Details at https://www.theguardian.com/science/2016/dec/08/new-diabetes-treatment-could-eliminate-need-for-insulin-injections 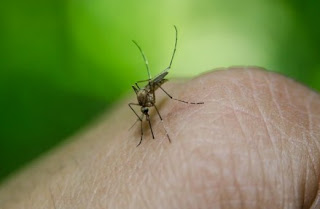 3. Malaria Drug has the Potential to cure Prostrate Cancer
Professor Zhengfang Yi from the East China Normal University in Shanghai, along with colleagues, went through the library of natural compounds and found that Ailanthone (AIL), which is used to treat malaria patients, can be a strong inhibitor of various forms of androgen receptors.
This drug was found to effectively curb metastases in mice.

The medicine interacted with a protein that aids in stabilizing the androgen receptor, which resulted in the destruction of tumor cells. ,,, More Details at http://www.ibtimes.co.in/prostate-cancer-treatment-can-be-helped-using-medicine-malaria-symptoms-say-scientists-708504